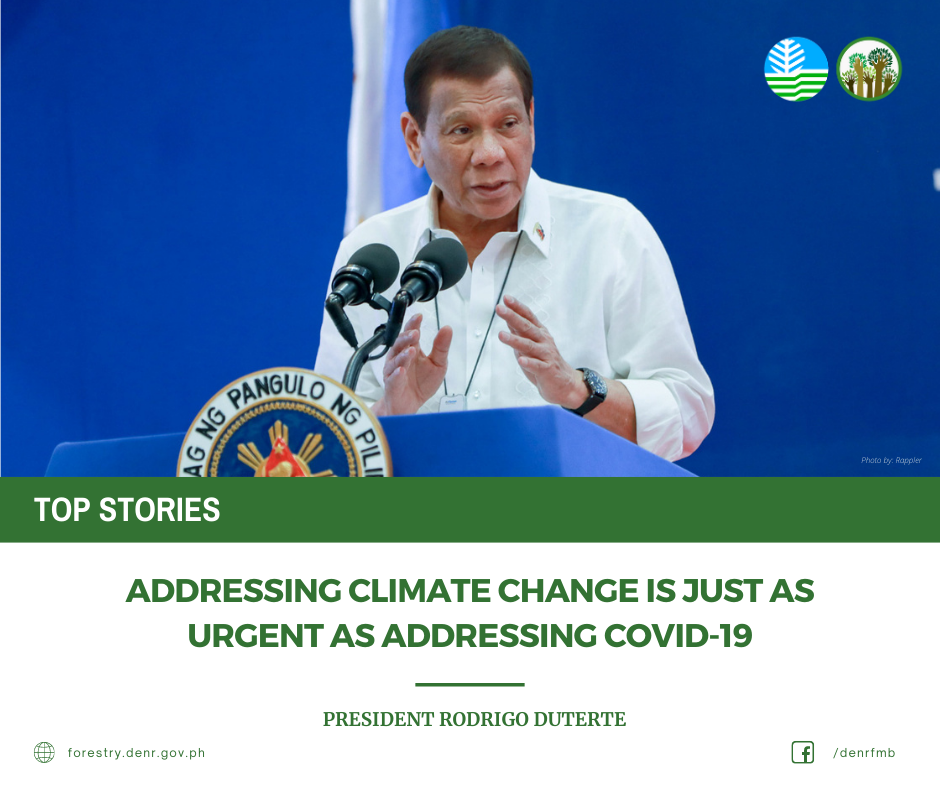 MANILA - President Rodrigo Roa Duterte considered Greenpeace Philippines’ proposal to declare a Climate Emergency in the country, said Malacañang last Monday. The Palace said that the President’s priorities include climate change since the Philippines is among the top countries who suffer most from the effects of extreme weather events caused by the phenomenon. Declaring a national climate emergency may spark the needed actions to fulfill the country’s commitments to the Paris Agreement.

During his speech at the United Nations General Assembly earlier this month, President Duterte recognized how climate change aggravated the already adverse effects of the pandemic, stating that it “has worsened existing inequalities and vulnerabilities from within and between nations” and that addressing climate change is just as urgent as addressing Covid-19.  Lastly, he also encouraged other parties of the Paris Agreement to fulfill their commitments to fighting climate change.
Reference:
https://www.pna.gov.ph/articles/1116864?fbclid=IwAR2KQcryUK-I_0EwR-hNEFtc8-1rr97VQYD4bk9ZMkHvKhYjj1CHyXizPAk
Back to Top